During the last few months, one number has particularly caught our attention: Over 70 Percent of companies will use game apps in their strategies by 2014 (Gartner).

So, we asked ourselves: why are you more and more to use game apps to connect with your audience? The answer is simple: everybody plays at any time. 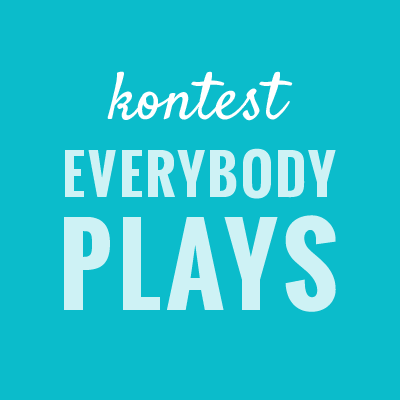 Game players represent a large part of the population and some of your fans are inevitably game players. 7 out of 10 people have play a game at least once, regardless their age: 83% of game players are 18+ years old and the average age is 35. There are more and more game players among the 35-49 and their number has doubled among the 50+. Gender are almost equally represented: 52% of players are women.

The second criteria is your goal. You can do anything with games: improve internal work processes, improve the user experience of your product or service and encourage them to adopt a certain behavior. And these are just a few examples.

Regarding your target audience, your goals ad you budget, your choice will be either a video game, a serious game (for training or humanitarian organization), a social game (the player can play with friends on social networks), advergaming (interactive ads) and, of course, promotion and contest apps.

That’s where Kontestapp comes into play! (Got it?)

Promotion apps are based on simple mecanics and combine different goals such as the development of your fanbase, the animation of your audience and the qualification of potential or acquired customers.

We use your feedbacks to build this version and the only one we did not include was the asking for more promotion apps on the platform.

Today, we are pleased to announce that we double the number of our applications. We now have 12 awesome game apps available on Kontest!

Game players are everywhere, that’s why all our apps can be installed on a Facebook page or on your website. Their also are mobiles and tablets friendly, so that you can engage with your fans anywhere at anytime.

We are looking forward to having your feedbacks and are pleased to say that more apps are in the pipes. They will be released in the following weeks. Stay tuned! 😉